ST. PETE BEACH — The pandemic is far from the worst thing to happen to the Don CeSar.

It’s not that the pandemic hasn’t affected the grand hotel, it is just that so much of the hotel’s 92-year history is wrapped up in how it has cheated death more than a couple of times. This is just the next chapter.

Like every hotel this spring, the Don had to furlough almost its entire staff. There were points in March and April that occupancy reached all-time lows, as a skeleton crew maintained the empty sprawling pink palace. But on a recent weekend guests were scattered across the hotel’s private beach in small clusters spread at least 6 feet apart. Others lounged poolside or drank at the outdoor bar.

The Don isn’t booming, or even nearly back to normal. But it is sustaining itself, moving ahead with its third phase of its massive renovation plans at a time other hotels are facing foreclosures. Its operators count themselves lucky.

It’s surviving thanks to a loyal fan base.

“The community came back and spent their money at the property and continues to be committed to this place,” said the hotel’s sales and marketing director, Todd Gehrke. “It’s no different than when it was going to be demolished and people came back.”

In the 70s, when the crumbling former hotel was slated to be torn down, it was locals who stepped in to petition that it be restored and saved. During COVID-19, it is Floridians again coming to the destination’s rescue.

Some weekends have been booked nearly solid, Gehrke said, though the week days are still slow. The number of rooms the Don has open is also limited by roughly a third as the hotel moves through renovating each of its 279 rooms — something it says will be complete by Thanksgiving. Gehrke said though the makeover during a pandemic is coincidental timing, the lower demand on rooms has made it the perfect time to overhaul them.

The hotel’s visitor numbers may not rival its usual summer rush, but for 2020 there are more guests than any hotelier could ask for. Most rooms are booked a week ahead, if that.

“When we all sat down in March and April, what we said we were gong to do was nothing,” Gehrke said, “What we have been able to do exceeds expectations.”

For Odessa resident Michael DeGenito, the Don was the perfect staycation spot to celebrate his 60th birthday. He and his wife Connie lounged poolside Wednesday afternoon, soaking in their last hours at the resort before trudging back over the bridge.

“We were nervous to come at first,” Connie said, referring to the virus, “but I’m so glad we did.”

She was comforted by all the outdoor seating, hand sanitizing stations and signs requiring mask use indoors. The New Jersey transplants have lived in Tampa Bay the last two decades. So while this wasn’t their first stay at the Don, it had been their first in a few years.

The two can’t imagine St. Pete Beach without it. Most locals and regular visitors can’t. The hulking landmark leaves an impression on everyone who sees it, situated as it is next to neighborhoods of much smaller single-family homes.

Thomas Rowe, a British-born architect, developed the Don Cesar to anchor what he hoped would one day become Florida’s own Mediterranean style community. But the Great Depression squashed that hope. Rowe was lucky his hotel was able to open at all.

So new hotels like the Don CeSar, which opened in 1928, started off on troubled ground. It was a three-year deal with the New York Yankees to house its baseball players during spring training that allowed the hotel to survive through the depression and attract rich and famous visitors through the Jazz Age.

After just 12 years with his dream hotel, Rowe dropped dead in the lobby and the pink castle went to his estranged wife. It limped along under her management until the U.S. government purchased it during World War II. In 1942, it reopened as a military hospital.

After the war ended, the old hotel became a veteran services administration building — dashing most people’s hopes of it ever being restored to the lavish hotel Rowe intended. It remained a government building until veterans services vacated it in 1969. It was derelict and covered in graffiti.

“A lot of people assumed you really couldn’t bring it back to being a grand hotel,” Arsenault. said. “It was like a big eyesore at the north end of Pass-a-Grille.”

Then entered the late June Hurley Young, of the TV show Romper Room. Her public crusade and the passion of other preservationists kept the Don from being leveled. A developer was able to take over the property, restore it and open it as a hotel in November 1973.

The Don’s owners have changed hands a few times since then. In 2017 it was purchased by current owners, Host Hotels & Resorts.

It’s at that point the latest round of renovations began. Gehrke said the goal of the hotel’s latest overhaul is to bring it back to its 1920s roots with heavy Art Deco and classic Havana influences. Its new rooms are modern but with a retro flare.

Already, the hotelier has moved the location of its lobby bar and redesigned it with bold brass accents. Uncle Andy’s ice cream parlor has been moved to the lower retail level. The outdoor bridge leading to the hotel’s lobby is also being rebuilt, something the hotel decided to start earlier than planned when hotel traffic was low. An external elevator climbs up to the top story so workers can strip out old furniture and bring up new Italian tiles.

Soon, a new two-story outdoor bar will begin to take shape and there are plans for a new yet-to-be announced restaurant concept.

“It all seems for the better,” Michael DeGenito said while sitting on a pink-and-white striped Don towel, “It was definitely time.”

He expects most of the renovations to add to a spot that’s already special to him and his wife — a spot the couple agreed they’re thankful to have as an escape in their own backyard, pandemic or not.

HOW CORONAVIRUS IS SPREADING IN FLORIDA: Find the latest numbers for your county, city or zip code.

LATEST ON CORONAVIRUS: Six things we’ve learned about the coronavirus since March.

MASK UPDATE: Find out where you have to wear a mask in Tampa Bay

GET THE DAYSTARTER MORNING UPDATE: Sign up to receive the most up-to-date information.

THE CORONAVIRUS SCRAPBOOK: We collected your stories, pictures, songs, recipes, journals and more to show what life has been like during the pandemic.

HAVE A TIP?: Send us confidential news tips

We’re working hard to bring you the latest news on the coronavirus in Florida. This effort takes a lot of resources to gather and update. If you haven’t already subscribed, please consider buying a print or digital subscription. 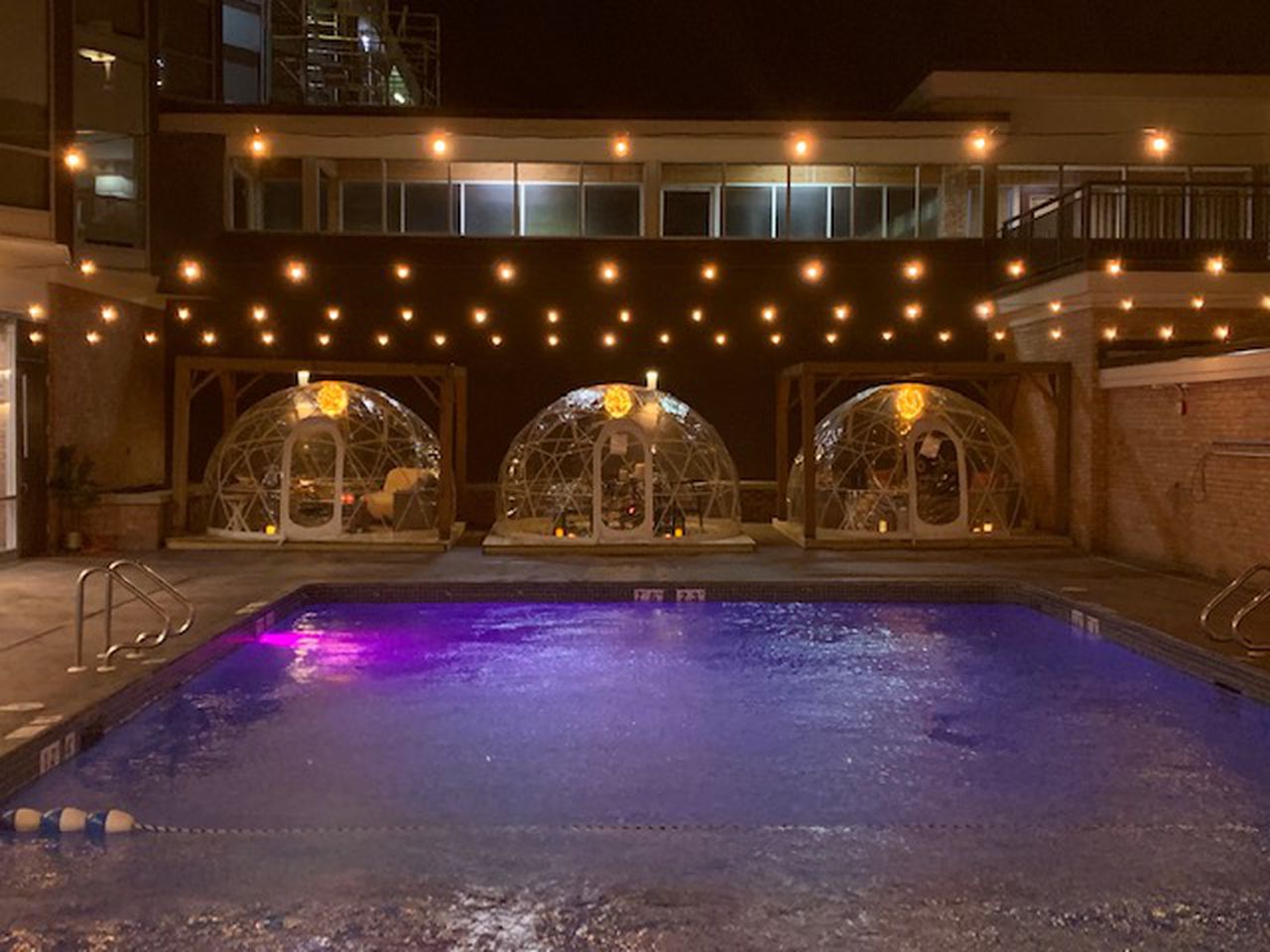