In December 1999, Naomi Harris turned down a job offer, left her apartment in New York, and checked into the Haddon Hall Hotel, in Miami Beach. She was 26. She wanted to be a photographer.

The hotel was a year-round home for some and a seasonal residence for others—snowbirds, mostly in their 80s and 90s, who came down from New England or Canada and stayed all winter. They didn’t have a lot of money, and they didn’t go there for luxury. Their days were spent together: eating, dancing, flirting, playing bingo. They welcomed Harris, allowing her to photograph intimate moments of joy and vulnerability.

Haddon Hall was “the last of the old-time hotels,” Harris writes in her recently published photography collection of the same name. In the 1980s and ’90s, Miami Beach was a city in transition. The run-down Art Deco hotels, which had flourished during the city’s mid-century golden era, were home to working-class families and retirees on fixed incomes. This was my city. Every day, I passed Haddon Hall on my walk from my day job to my night job. Miami Beach was gentrifying, but it still had a mix of people from Latin America, the Caribbean, and Russia working the hotels and retirement homes; Jewish retirees going for early-bird dinners at Wolfie’s; club kids lining up at Crobar and Warsaw. South Beach, with its large LGBTQ community, had become an AIDS epicenter. Everyone was trying to survive.

Haddon Hall, Harris writes, had all the standard types: “the popular girl, the comedian, the loner, the jezebel.” Harris captured them all in Technicolor. She took photos of women sunbathing by the pool and couples tearing up the dance floor at a hotel party. Some had lost spouses and siblings. Some had survived the Holocaust. Sam (shown eating Corn Flakes above), who mostly kept to himself, had lost his first wife and child at Auschwitz.

By the late ’90s, most of the South Beach hotels had been renovated to cater to wealthy tourists. Haddon Hall would soon be renovated too, and its residents, much like the rest of us, would be priced out of South Beach. Today, Miami Beach feels like a different city: glittering storefronts, tech moguls in Lamborghinis. In the 20 years since Harris started her project, everyone in these photos has died, but she remembers their stories—the gossip, the laughter, the misbehaving. How once, she and Sylvia stood in line outside Club Madonna, only to turn around when they realized they couldn’t afford the two-drink minimum. These were her friends.

This article appears in the December 2021 print edition. When you buy a book using a link on this page, we receive a commission. Thank you for supporting The Atlantic. 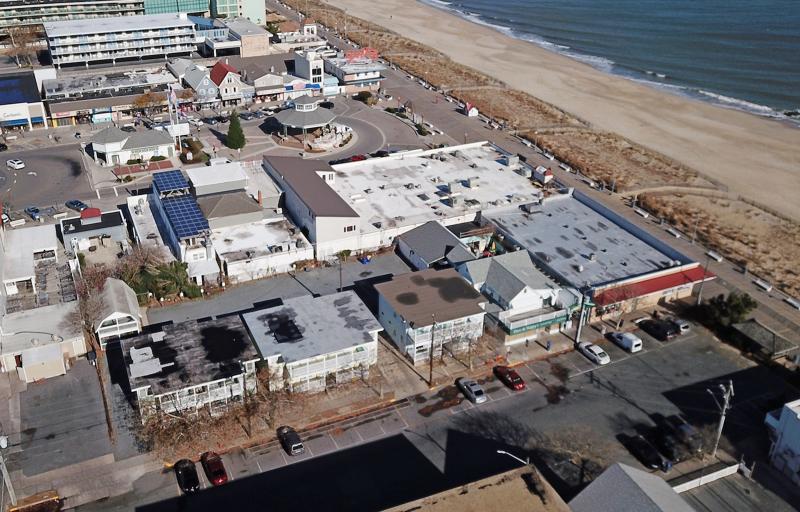