DAYTONA BEACH — After days of relentless rain, the sun came out on Jeep Beach on Wednesday, in time for thousands of the brand’s ardent loyalists to take to the sand behind Hard Rock Hotel on the World’s Most Famous Beach.

“It’s a beautiful thing,” said Scott Pace, 57, who traveled with his wife, Jeannette, from the couple’s home outside Atlantic City, N.J., for the annual pilgrimage. “This is our sixth year. This is, like, our favorite event of the year.”

On Wednesday, the couple was among the Jeep owners who parked on the sands to the north and south of the Hard Rock for “Jeeps At the Rock,” the opening day of a two-day celebration that features a surf school, games, vendors, prize raffles, drink specials and a pool party.

Back to the beach: Jeep Beach returns, offering welcome boost to hotels, restaurants and tourism businesses

From 2020: Daytona Jeep Beach canceled due to coronavirus surge

After the 2020 edition of Jeep Beach was called off amid the slew of event cancellations tied to the coronavirus pandemic, the Paces were more eager than ever to return to this year’s event, which runs through Sunday in Daytona Beach.

On the beach, the couple parked their customized 2020 Jeep Gladiator next to one of those Jeep Beach friends.

Lance Collins, 51, met the couple at Jeep Beach four years ago in the hotel bar at The Shores Resort & Spa in Daytona Beach Shores. It turned out that he lived less than an hour away from them in Wilmington, Delaware, and that they had mutual connections in the roofing and home design industries.

“We’ve been friends ever since,” Jeannette said. “It’s a small world.”

‘A win-win for everybody’

At Jeep Beach, that world revolves around that distinctive automotive brand. Hundreds of Jeep vehicles lined the shoreline on Wednesday, most accessorized to the hilt with high performance tires, suspensions, paint jobs and an array of creature comforts.

In the latter category, Clint Riley, 47, was showing off one of the most unique contraptions.

His customized 2021 Jeep Gladiator Rubicon, dubbed “Zeus,” is equipped with a rooftop tent system as well as a truckload of additional upgrades. Riley, of Springfield, Mo., won the truck in a contest sponsored by Forged 4X4, a company that specializes in off-road equipment. The vehicle has generated plenty of buzz on Facebook and Instagram.

WHAT: Jeep Beach 2021, celebration of Jeep vehicles and their owners with activities through Sunday in Daytona Beach

ON THURSDAY: “Jeeps At The Rock” continues starting at 9 a.m. on the beach behind the Hard Rock Hotel, with activities including a surf school, beach games, vendors, price raffles, lunch, drink specials and pool party.

ON FRIDAY AND SATURDAY: The “Jeep Beach Main Event,” sponsored by Daytona Dodge Chrysler Jeep Ram & Fiat, showcases more than 200 vendors spread over 6.5 acres of the infield at Daytona International Speedway. Jeep owners can test their skills on the Jeep Beach Obstacle Course, with terrain options that range from beginner level to more challenging tests of driver and machine.

Gates open at 9 a.m., with entrance available for those with Jeep Beach registration through Gate 70. Others will enter through the main gate on West International Speedway Boulevard for $10 admission.

ON SUNDAY: The event closes with its traditional Jeep Beach parade, an early-morning procession of vehicles slated to take to the early morning sand via beach access ramps from Dunlawton Boulevard to International Speedway Boulevard. The event doubles as the Jeep Beach Sweep, an opportunity for drivers to pick up trash along the beach.

Zeus had plenty of competition for attention on Wednesday.

There was the shimmering green paint job on the 2019 Jeep Rubicon owned by Mark and Kathleen Gerhardt, who had traveled to their first Jeep Beach from Charlotte, N.C.

“We tried to come last year, but obviously it didn’t work out,” said Mark, adding that the trip is one of the couple’s first vacations since the pandemic hit. “It feels great to finally get out, to get away from home and enjoy some of the nice sunshine and the beach.”

His vehicle’s distinctive paint job, officially known as “mojito,” is part of a long list of customized touches that also includes upgraded tires and suspension, he said.

In addition to Jeep fans, the vendors stationed behind the Hard Rock to promote everything from tires to sunglasses also were happy to see the event’s return.

After the cancellation of many events in 2020, “things are starting to pick up,” Manor said. “We have about six events coming up across the country, with more coming out. So hopefully, we’ll be able to keep going.”

Registration for this year’s Jeep Beach is running at about double its usual pace, said Orlando Arguelles, 56, Jeep Beach’s official ambassador. Through Sunday, the event is estimated to draw 20,000 Jeep vehicles overall, Arguelles said, including 5,000 vehicles registered for events this weekend at Daytona International Speedway.

At Hard Rock, the event’s headquarters hotel, Jeep Beach has offered a welcome boost in business, said Androse Bell, the hotel’s general manager. “Jeeps At the Rock,” which continues on Thursday, offers the hotel a chance to showcase its beachfront space, Bell said.

“It’s a win-win for everybody,” he said.

Back on the beach, meanwhile, Jeep fans were busy celebrating the connections that the event had created.

“This is how we all met,” said Chad Chronister, 39, of Little Rock, Arkansas, nodding toward a group of a dozen or so friends from Tennessee, Georgia and Florida who have been reuniting at Jeep Beach for roughly eight years. “We’re from all over.” 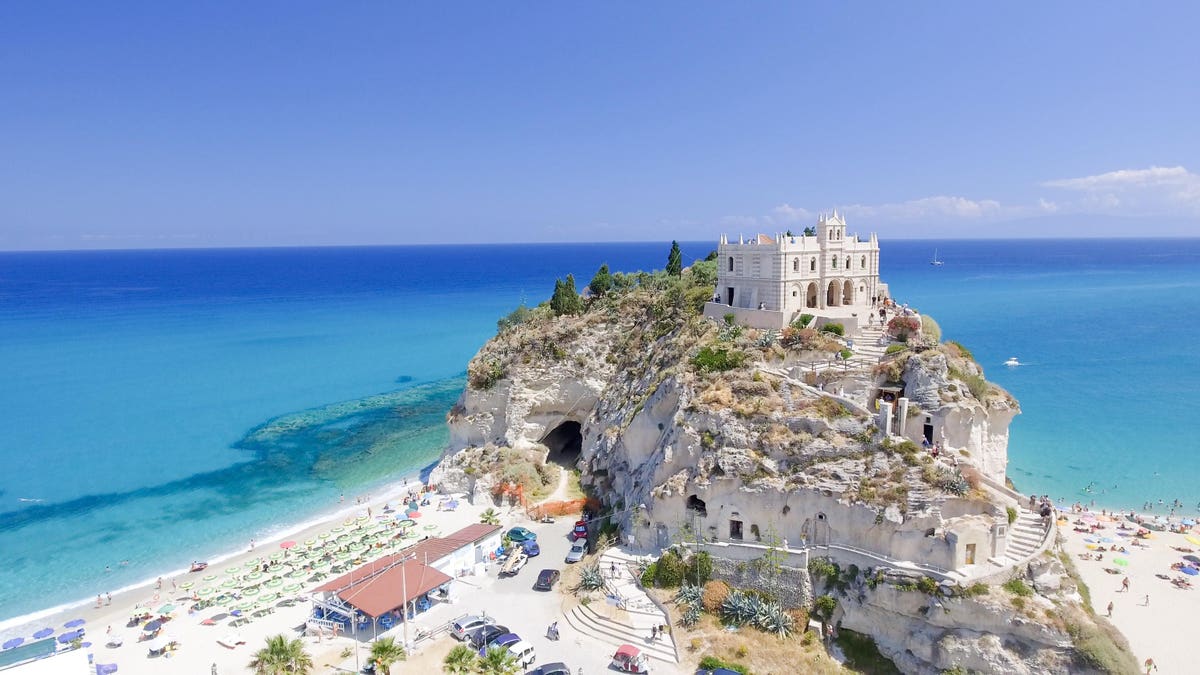