Laguna Beach residents will have plenty to decide with respect to the future of the hospitality industry in town, as the ballot for the November election is set to feature two initiatives, one that proposes new rules for hotel development and the other related to hotel workers.

The Orange County Registrar of Voters certified the ballot measures on April 20, but the City Council had the option to adopt the initiatives as written ahead of the election. Instead, the panel voted unanimously to let the residents decide their fates.

A hotel workers protection ordinance initiative called for a minimum wage of $18 per hour for those employed by Laguna Beach hotels, granting annual raises of $1 per hour through 2026.

The hotel development initiative would seek compliance with specific development standards for projects within 1,000 feet of the city’s two main routes — Coast Highway and Laguna Canyon Road — or otherwise subject those developments to voter approval.

Both initiatives have the backing of Unite Here Local 11, a hospitality union.

“The people have spoken, and we think it’s time for the Council to adopt both of these initiatives,” Juan Muñoz, a researcher for Unite Here Local 11, said. “… Workers need an opportunity to have a livable wage, and the California minimum wage of $15 an hour is not cutting it.”

Kurt Bjorkman, general manager of the Ranch at Laguna Beach, said the facility rises above the rate of pay proposed in the hotel workers protection ordinance.

Speaking for several Laguna Beach hotels and Visit Laguna Beach, Bjorkman asked the council to turn the initiatives over to the voters.

“Let the voters decide,” Bjorkman said. “We just became aware of these initiatives not long ago. We know that they’re made, and everyone cares about our hotel workers, as we do. We would just like time to be able to share our stories and communicate that with the voters and let the voters decide in November.”

Mayor Pro Tem Bob Whalen said he felt hotel workers should earn more than the state’s minimum wage, but he questioned why the union would throw its support behind the hotel development initiative.

Councilman Peter Blake voiced his opposition to both initiatives, as well as one submitted by Laguna Residents First that would also regulate major development.

“I’m adamantly opposed to a vote of the people determining what the capitalist system is going to pay their staff,” Blake said. “I think that right now, it’s impossible for a lot of these hotel owners and restaurant owners to get people to work for them, so they’re paying so much more than normal, and to come in here and mandate these raises. We all know what this is about. This is just about the unionization of our hotels in Laguna Beach.”

Support our coverage by becoming a digital subscriber. 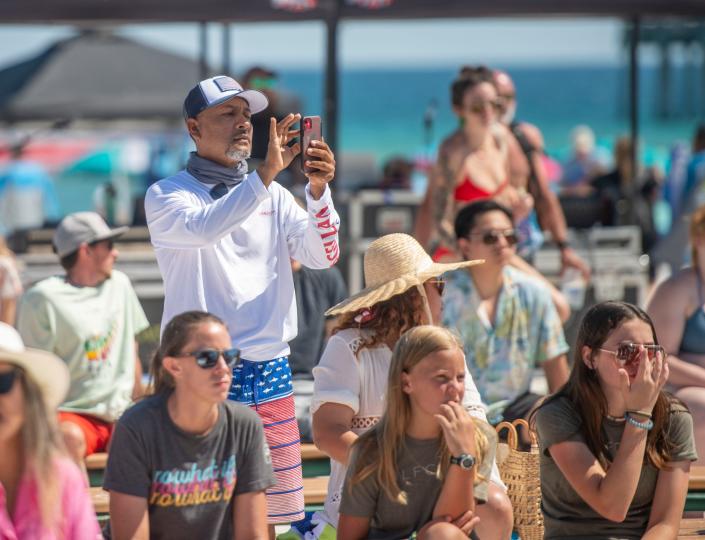