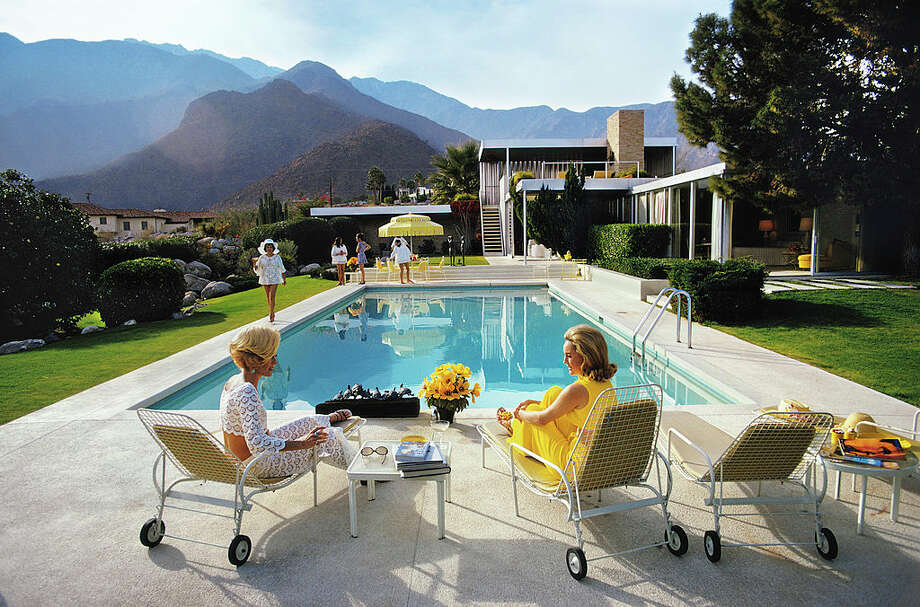 Palm Springs is hot in many ways this year. Pictured: A desert…

In this week’s TravelSkills on SFGATE newsletter…

This past August was the hottest ever in Palm Springs, with high temperatures rising to 110 degrees or above on 24 days, and once even hitting an astonishing 120 degrees. That kind of heat would normally keep away all but the most intrepid desert rats, but not during a pandemic. Since June, after county and state leaders allowed hotels and home rentals to re-open, Palm Springs has enjoyed a relative surge of visitors — and that interest should extend into the cooler fall and winter months. Read: Why is Palm Springs so hot these days?

United Airlines and its pilots have reached an agreement that both sides say will avoid about 2,850 furloughs that were set to take effect later this week and another 1,000 early next year. The Air Line Pilots Association said Monday that the deal will allow United to spread a reduced amount of flying across the airline’s 13,000 pilots to save jobs at least until next June. Read: United Airlines reaches deal with pilots, avoids furloughs

Hawaii has set Oct. 15 as the date when it will open tourism to visitors who have tested negative for COVID-19, and United and Hawaiian Airlines aim to make that easier by offering a pilot testing program for its San Francisco passengers. But it won’t be cheap. In a partnership with GoHealth Urgent Care, United will offer its customers flying to the islands out of SFO a coronavirus test on the day of departure that provides results in about 15 minutes, the company said. Read: United offers COVID-19 tests at SFO for Hawaii passengers, but they are not cheap

Southwest is pulling out one of its biggest marketing guns to help convince customers to fly this fall and winter. Will you bite? Normally, Southwest Airlines’ coveted Companion Pass is a long-term goal for Rapid Rewards participants, but a new very-short-term promotion lets members earn a limited-duration Companion Pass by booking just one flight. But you don’t have a lot of time to think about it. NOTE: Offer expired 9/25. Be sure to follow us on Facebook or Twitter for short term travel deals and sales like this one.  Read: New Southwest Companion Pass promotion valuable for duos

To fly today, airlines require all passengers (except kids under 2) to wear face coverings. This requirement is being enforced: Major airlines have reportedly banned more than 700 fliers for non-compliance. Issues of “personal freedom” aside, are the airlines being overly cautious or is that mask policy important in protecting the traveling public? Read: Face masks on flights ‘critically important’ to prevent COVID-19 spread, Harvard study finds

With the arrival of fall, many Northern California residents are looking for safe, healthy, socially distanced activities to do with loved ones due to the virus that causes COVID-19. Heading to the Sierra to see the fall leaves turn color seems like the perfect day or weekend trip for many to get away from it all. Read: Where to find the prettiest fall foliage in Northern California

When Catie Torres said goodbye to her boyfriend at the airport this March, she never thought she would spend the rest of the year wondering when she would see him again. A nurse raised in Livermore, Torres met her partner, Akis, while on vacation in Greece just over two years ago. The pair struck up a lively conversation on the day of her arrival, and she remembers how they “instantly connected.” Since then, the couple hasn’t spent more than two months apart, traveling to one another’s home countries for periodic visits. Last summer, Torres even acquired a student visa to continue her education in Greece so they could try out living together. Then the pandemic hit. Read: ‘Part of me was missing’: Couples divided by pandemic travel ban

If you love beer and nature, this could be your dream job. A big beer company is hiring a “Chief Exploration Officer” (CEO) to explore some of America’s iconic national parks in a camper van, complete with its own bathroom and shower. The company will even cover gas. And you can bring another person — a spouse, partner, friend — or a pet to accompany you on your working adventure. Pay: $50,000. Read: This dream job will pay you $50k to drink beer and travel

Tell your friends about TravelSkills on SFGATE and have them sign up for our FREE weekly email alerts or forward this email to them!

American Airlines announced it will open its much-anticipated new Admiral’s Club in the Harvey Milk Terminal 1 at San Francisco International Airport on October 6. SFO opened the first phase of the $2.4 billion Harvey Milk terminal in July 2019 with flights from only Southwest and JetBlue. American moved in after the terminal’s second phase opened in May, delayed three months due to COVID-19. We also got some bad news about Alaska Airline’s new lounge at SFO originally scheduled to open next month Read: SFO gets a brand new American Admirals Club

Photo Editor Free – How to Use Photoediting Software For Free