stock inched lower on Thursday, even though the online travel agency overcame a deep cut in sales to report a smaller-than-expected loss in its first quarter. And while the pandemic is still a headwind, its CEO is upbeat about nascent signs of a return to normalcy.

After the report came out, Chief Executive Officer
Glenn Fogel
spoke with Barron’s about what’s ahead. Areas like the U.S., which had a strong vaccine rollout, are an “indication that there’s a lot of pent up demand for travel. When people get vaccinated, when they feel safe to travel, and when governments lift restrictions to make it easier, travel happens…,” he said. “We’re optimistic about the future.”

Fogel noted that other areas that also have relatively high vaccination rates are seeing the same pattern. Israel and the UK, for example, have seen growth in domestic travel demand as their rates increase.

Fogel said he is also hopeful about the rollout in Europe, which accounts for a significant portion of its business but has had some hiccups in its own vaccination plans. He pointed to commentary from government officials and easing of restrictions in countries from Italy to Iceland as a sign that the tide is turning for the better, and people will soon have an easier time traveling.

Hotels are still the bread and butter for Booking, and Fogel noted that each month during the first quarter saw a sequential improvement, and that pattern continued quarter to date, with April room nights down 43% versus 2019 levels, compared with March’s 54% decline.

Flights are a smaller piece of the pie for now, but a growing one—Fogel said that Booking sold a record number of airfares in the quarter. It’s also central to Booking’s longer-term goals of creating the “connected trip,” wherein customers book not just their hotels, but their transportation and entertainment through the company. “And if something goes wrong, it’s a lot easier to have just one number to contact.”

That goes hand-in-hand with Booking’s app—the No. 1 downloaded travel app globally, according to a third-party research firm. Fogel said two-thirds of the company’s bookings are coming through mobile devices, and the majority are coming via the app. “So many things can be done with that app,” he said, from notifying travelers of discounts for local attractions to suggesting restaurants, “it’s incredible to see the uptick in use.”

While vaccines were developed and deployed faster than some had hoped at the start of the pandemic, Fogel said a full recovery is still years away—not quarters.

“But this will end. All pandemics end…So we have to keep an eye on the long term, and develop our services, so when travel reopens, we are properly positioned.” 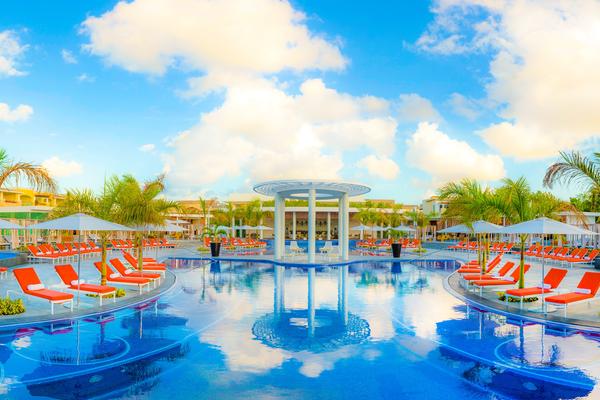