London is one of the most prominent cultural centres of the world, and certainly one of the oldest. While the West End has long been one of the most expensive places in the world to eat and stay in, that does not mean there are not some amazing free things to do in London, like literally undemanding of any cost. Dotted with some of the most important museums, oldest and the most eccentric markets, medieval churches, and other historically important points, the city of London is a haven for people who are looking to revel in its extraordinary cultural ethos.

To know what can you do in London without spending a penny, take a peek at this list of the ten extraordinary ones: 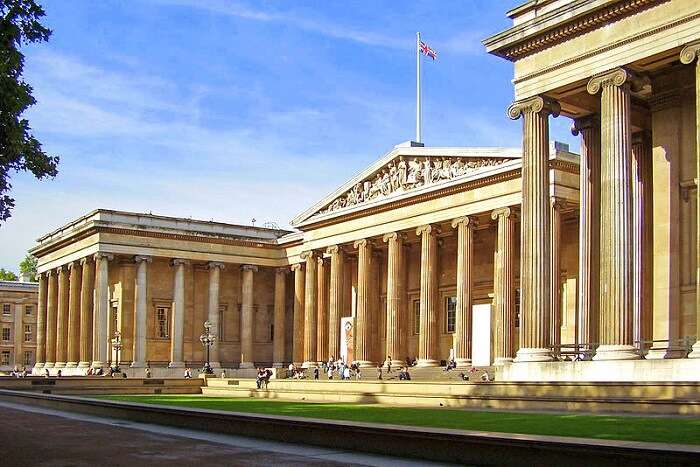 The British Museum is one of the world’s best museums, with the 80,000 objects on display making up for only 1% of the 8 million objects in the Museum’s possession. You can see all kinds of stuff displayed here – from Egyptian mummies to the famous Rosetta Stone to ancient Anglo-Saxon treasures from pre-medieval Britain. This museum has been the most visited museum in the UK and makes for one of the most exhilarating free things to do in London. 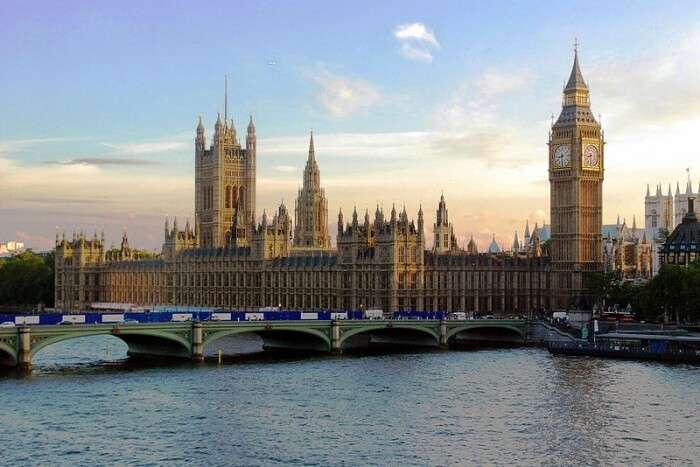 Image Credit: Mike Gimelfarb for Wikipedia
The oldest parliamentary democracy is housed at the Palace of Westminster, a neo-Gothic building that was built in the 18th century. The spectacular building holds the House of Lords and the House of Commons, and the famous clock tower Big Ben is also in the complex. The complex is especially imposing after sunset, and witnessing that is hands down one of the best free things to do in London at night. 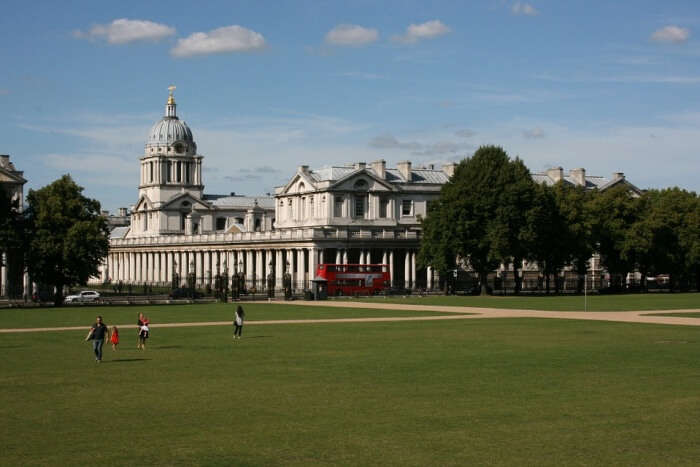 London’s version of the New York Central Park, but only better, the Greenwich Park has stunning views of the Royal Hospital and Queen’s House against the backdrop of the skyscrapers of the Canary Wharf, rated by many as one of the best views in the city of London. Also, you can see the famous river Thames from here, as well as the Isle of Dogs, making it one of the most romantic free things to do in London with your partner.

London Nightlife: 15 Exhilarating Experiences For A Night Out In The City 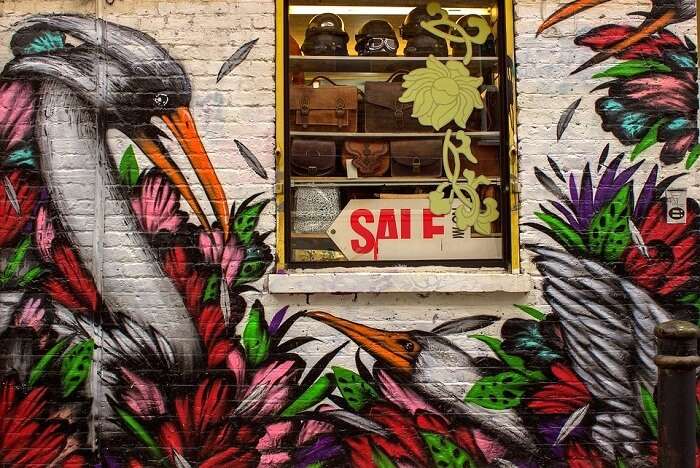 You can always find some interesting (and worth posting on Instagram) graffiti at the East End streets, the antithesis of the posh West End London. Shoreditch and Middlesex are popular spots for vandals/street artists who paint the most striking contrast of the flash of the city with life in East End, and you must also check out Brick End and Sclater Streets, and chasing these down are one of the most unusual things to do in London.

Location: London
Timings: Throughout the day

5. Attend the Change of Guard 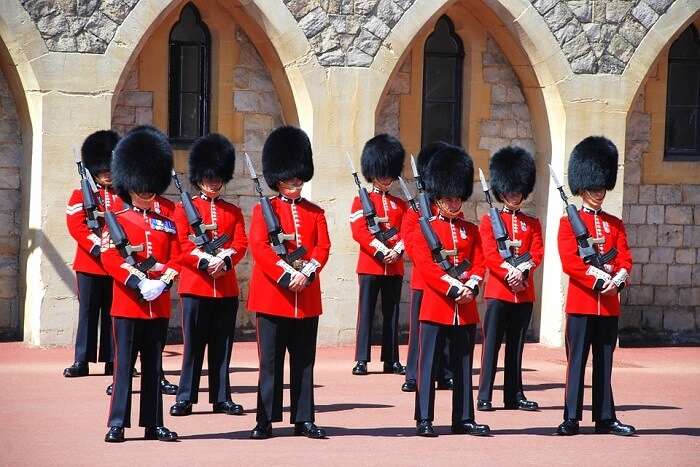 While the insides of the Buckingham Palace are a major attraction for visitors to London, the changing of guards is a distinctive ceremony that attracts loads of visitors and admirers of the British royalty outside the Palace. The ceremony is performed by the Queen’s Guards who are entrusted with the protection of the Buckingham Palace and the St. James’s Palace. The New Guard is handed over the responsibility for the palace by the Old Guard. The ceremony is performed by trained infantry soldiers and is one of the essential free things to do in London.

London Shopping 2022: 15 Best Places To Help You Glam Up Your Wardrobe & Home 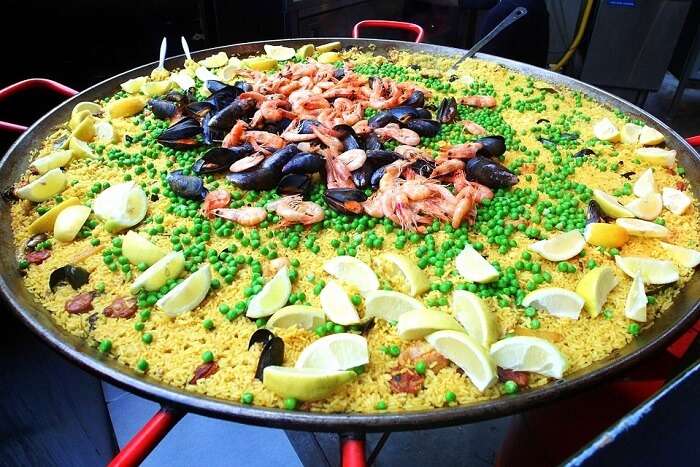 Image Source
The market, which is known for wholesale as well as retail food outlets that offer all kinds of international cuisine, just turned a 1000 year old and has never looked better. Housed under an impossible maze of Victorian arches, the place is a popular haunt for foodies who like their meals with a dose of history. Plus, you can literally find anything here – Argentinian, Ethiopian, Pakistani, and Indonesian outlets serve the tastiest and most eclectic food you are likely to find in one place in the world. A trip here is one of the best cheap things to do in London. 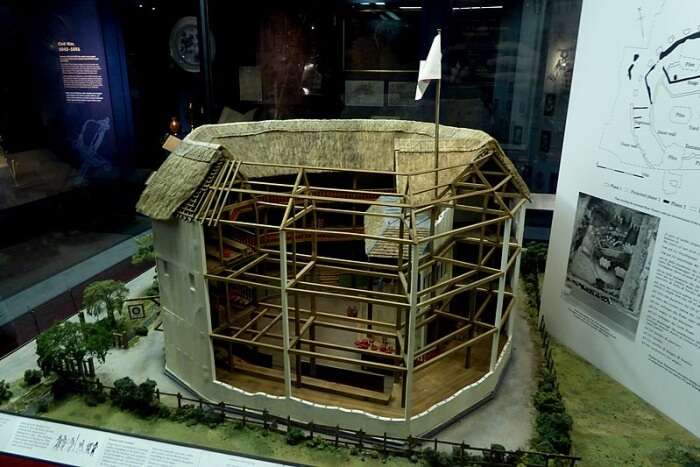 Museum of London was built with the Barbican complex, as part of the reconstruction of the region after the bombings of World War II. The museum shows the journey of the capital city right from prehistoric times to the present time. There are several exhibits from the Anglo Saxon civilisation that existed along the Thames river that still flows close to the Museum. Also, St. Paul’s Cathedral is within walking distance so you can make a nice day out exploring the culture of London. 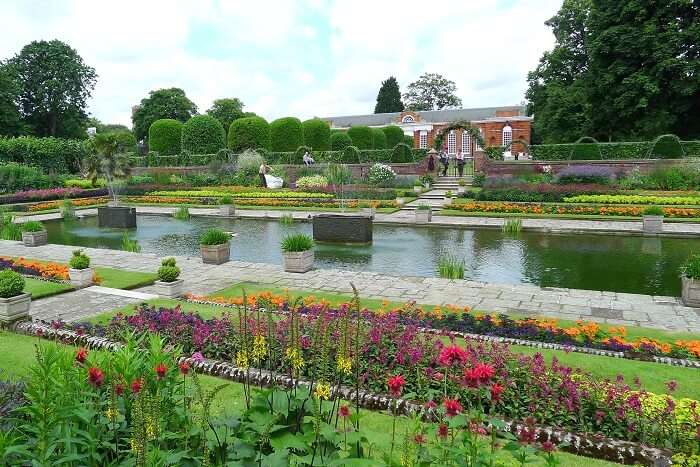 The Kensington Gardens are a great place to spend the day outdoors. The place is not devoid of London treasures – the Albert Memorial, the Peter Pan Statue, and the Diana Memorial Playground. The Round Pond is a great place to go for fun activities in London for kids. After you are done here, you can then walk into any of the many Royal Parks – Hyde Park, Regent’s Park, Green Park, and the St. James’ Park. Hyde Park is also the venue of some of the most popular British and international acts and is quite a landmark for music fans. 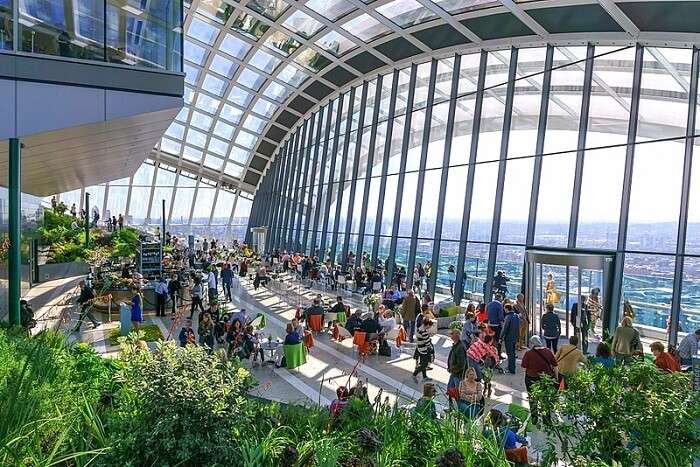 The 120 metre tall building offers a free-of-cost vantage point to Central London that is unmatched and spectacular and surreal at the same time. Although you have to book your entry to the structure first, the viewing decks and restaurants of the top three floors of 20 Fenchurch Street offer one of the best things in London to do for couples without spending much. The building itself is a novelty, designed as part of larger efforts to revive Nine Elms residential neighbourhood. Known as the walkie talkie, the turquoise building is an architectural marvel and a modern landmark of the city. 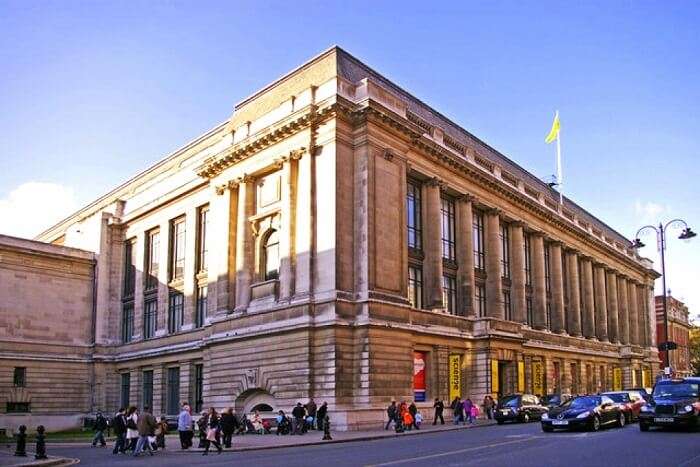 Image Source
One of the most unusual things to do in London, the Science Museum may look an unlikely choice on this list. However, the museum houses some of the most historic pieces of the Industrial Revolution that everyone should see once in their lifetimes. The Energy Hall on the third floor is where you will find the first steam locomotives, and you can also find historic gliders, hot air balloons, and flight simulators. These exhibits are popular with kids, but if you have a love for science, this is one place that you must be sure to see.

This list of free things to do in London is certainly not exhaustive – there are endless more experiences that can be added to it. All these, and more, you can do on your long awaited London trip. So, book your trip to London.

For our editorial codes of conduct and copyright disclaimer, please click here.

Frequently Asked Questions About Things To Do In London

What you must do in London?

Some of the best things to do in London includes visiting the British Museum, the Tower of London, Buckingham Palace, Hyde Park & Kensington Gardens, National Gallery and also the Portobello Road Market.

What is there to do in London for the day?

If someone is visiting London for one day, some of the must things to do here are Covent Garden, Leicester Square, Trafalgar Square, St. James Park and also the Big Ben and the Houses of Parliament.

What can the travelers do for free in London?

Some of the best things to do in London for free includes visiting the National Gallery, British Museum, Houses of Parliament, Borough Market and also the Museum of London.

What travelers can do in London for 3 days?

For the people who are visiting London for 3 days must add these experiences in their bucket list. The best things includes the Parliament Square and the Houses of Parliament. Alongside that there is the Westminster Abbey and the Churchill War Rooms. People must also not miss places like Buckingham Palace.

Looking To Book An International Holiday?

29 Awesome Things to do in San Francisco